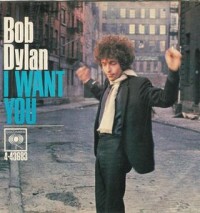 I filed another amicus brief in the Supreme Court last week that I regard as an example of using linguistics in legal argument. Although the brief contains no discussion of linguistics, it was enabled by the fact that I have learned, to a certain extent, how to think like a linguist.

The case is University of Texas Southwestern Medical Center v. Nassar, and it deals with employment discrimination. The linguistic issue that the brief deals with is the interpretation of prohibitions against discrimination “because of [the employee’s] age” or “because [the employee] has made a charge, testified, assisted, or participated in any manner in an investigation, proceeding, or hearing under this subchapter.” In particular, does the use of the word because in these provisions require the plaintiff to prove that the prohibited factor was what’s known in the law as a “but for” cause of the adverse action? Or is it enough for the plaintiff to prove that the prohibited factor was one of several motivations for the action, any one of which would have been sufficient on its own?

Here is how the issue is phrased by the petitioner (the University of Texas):

Whether the retaliation provision of Title VII of the Civil Rights Act of 1964, 42 U.S.C. § 2000e-2(a), and similarly worded statutes require a plaintiff to prove but-for causation (i.e., that an employer would not have taken an adverse employment action but for an improper motive), or instead require only proof that the employer had a mixed motive (i.e., that an improper motive was one of multiple reasons for the employment action).

For those of you who are not employment lawyers, and for whom this may not be crystal clear, here’s the legal background.

The defendant in a discrimination case typically argues that it did not act on the basis of one of these impermissible reasons. For example, the employer might argue the employee was fired because he or she was incompetent. In some cases, the issue is whether this was really the reason for employer’s action, or whether the alleged reason was really just a pretext for discrimination. But in other cases, the employer may have had multiple reasons, so that, for example, the employer’s action was based on both the employee’s race and his performance. These are called “mixed motive” cases, and  the question is whether in such cases the employer was acting “because of” the prohibited factor.

In a 2009 case named Gross v. FBL Financial Services, the Supreme Court held that in the case of the Age Discrimination in Employment Act, the answer is no. The Court held the plaintiff has to prove that his or her age was a “but for” cause of the employer’s action—i.e., that but for the employee’s age (= had  it had not been for the employee’s age), the employer would not have taken the adverse action. And the reason for this, according to the Court is that the statute uses the word because:

The words “because of” mean “by reason of: on account of.” 1 Webster’s Third New International Dictionary 194 (1966); see also 1 Oxford English Dictionary 746 (1933) (defining “because of” to mean “By reason of, on account of” (italics in original)); The Random House Dictionary of the English Language 132 (1966) (defining “because” to mean “by reason; on account”). Thus, the ordinary meaning of the ADEA’s requirement that an employer took adverse action “because of” age is that age was the “reason” that the employer decided to act. See Hazen Paper Co. v. Biggins, (explaining that the claim “cannot succeed unless the employee’s protected trait actually played a role in [the employer’s decisionmaking] process and had a determinative influence on the outcome” (emphasis added)). To establish a disparate-treatment claim under the plain language of the ADEA, therefore, a plaintiff must prove that age was the “but-for” cause of the employer’s adverse decision. See Bridge v. Phoenix Bond & Indemnity Co. (recognizing that the phrase, “by reason of,” requires at least a showing of “but for” causation); Safeco Ins. Co. of America v. Burr (observing that “[i]n common talk, the phrase `based on’ indicates a but-for causal relationship and thus a necessary logical condition” and that the statutory phrase, “based on,” has the same meaning as the phrase, “because of” (internal quotation marks omitted)); cf. W. Keeton, D. Dobbs, R. Keeton, & D. Owen, Prosser and Keeton on Law of Torts (“An act or omission is not regarded as a cause of an event if the particular event would have occurred without it”). [citations modified]

The question in the Nassar case now before the Court is whether the holding in Gross should be extended to the prohibition against retaliation in Title VII of the Civil Rights Act of 1964, which is the Big Kahuna of antidiscrimination statutes.

Here is the Introduction and Summary of Argument from my brief:

1. Petitioner argues that this case “should begin and end with the statutory text.” We agree.

However, we disagree with Petitioner about what the text means. That dis­agreement is not based on any dif­ference be­tween the statutory text here and the text at issue in Gross. Rather, we respectfully submit that Gross was wrongly decided.

The holding in Gross rests on the premise that but-for causation is required by the use of the word because in the phrase “because of such individual’s age.” But that pre­mise was unjustified: the concept of but-for caus­ation is not part of what the word because means. This is shown unmistakably by the evidence of how the word is actual­ly used—evidence that we will present in detail.

Since because meant the same thing in 1964 that it means today, Title VII’s prohibition against retal­iation has always covered cases involving mixed motives. Even if one does not accept Respondent’s argument that the retaliation provision is covered by the 1991 amend­ments to Title VII, those amendments did not eliminate the preexisting coverage of mixed-motive claims. The amendments could have had such an effect only if they operated as a partial repeal-by-implication. Such repeals are disfavored, and the amendments cannot reasonably be interpreted as having worked such a repeal.

Similarly insufficient to overcome the clear text are Petitioner’s warnings about the “jurispruden­tial mor­ass” that would supposedly result if mixed-motive retal­iation claims are allowed. Those warn­ings con­cern mat­ters of policy, not of statutory inter­pretation. And even as a policy matter, the warnings make little sense given that the 1991 amendments to Title VII endorse and preserve mixed-motive liability in ordinary disparate-treatment cases. Regard­less of how this case is decided, mixed-motive claims will continue to be brought. As a result, the ruling Petitioner seeks would do nothing to bring uniformity to the law of employment discrim­ination.

2. In addition to interpreting the word because incor­rectly, Gross erred in its reliance on the tort law. At common law, but-for causation is required in connection with deciding whether the plaintiff’s injury was caused by the defendant’s actions—an issue rarely if ever in dispute in discrimination or retaliation cases. When the relevant inquiry focuses on the reason for the defen­dant’s action rather than on the action’s results, the com­mon law does not require but-for caus­ation.

In any event, even if but-for causation is thought to represent the starting point of analysis, it does not represent the ending point. The general requirement of but-for cause has exceptions, and one of those excep­tions (relating to concurrent sufficient causes) applies to mixed-motive discrimination and retaliation claims.

3. For the reasons outlined above, and explained in more detail below, but-for causation is not an element of a Title VII claim for retaliation. Nor, we submit, can a defendant avoid a finding of liability by showing that it would have taken the same action even if it had not considered the impermissible reason. But that does not mean that the issue of but-for causation is irrelevant. It is relevant, however, to the issue of remedy, not liability.

Title VII gives courts discretion regarding the remedy to be awarded to a successful plaintiff. If the defendant shows that it would have taken the same adverse action even apart from the impermissible reason (i.e., if that reason was not a but-for cause of the action) the court can deny the plaintiff relief such as back pay, front pay, and reinstatement. This approach would avoid the pos­sibility that plaintiffs in mixed-motive cases could wind up better off than they would have been had the em­ployer not violated the law.

4. A decision extending Gross to Title VII’s retaliation provision is not required by considerations of stare decisis. The Court need not decide now whether Gross itself should be overruled, because this case involves a different statute than the one at issue in Gross. Furthermore, consider­ations of stare decisis cut both ways, because Pet­itioner is in effect asking the Court to overrule Price Water­house v. Hopkins.  Faced with these competing invo­cations of precedent, the Court’s priority should be to simply interpret the statute correctly.

The importance of getting the meaning right is amp­lified by the fact that the word because appears in many provisions of the United States Code. If Gross’s mis­taken interpretation is held to be binding as a matter of stare decisis, it will affect the meaning of all those provisions, with results that might be drastic and un­predictable.

Finally, Gross has not engendered settled expectations about the meaning of Title VII’s retaliation provision, so a refusal to extend Gross would not impair sig­nificant reliance interests. In contrast, Gross itself upset well-established expectations, and the result that we advocate would merely restore the pre-Gross status quo.